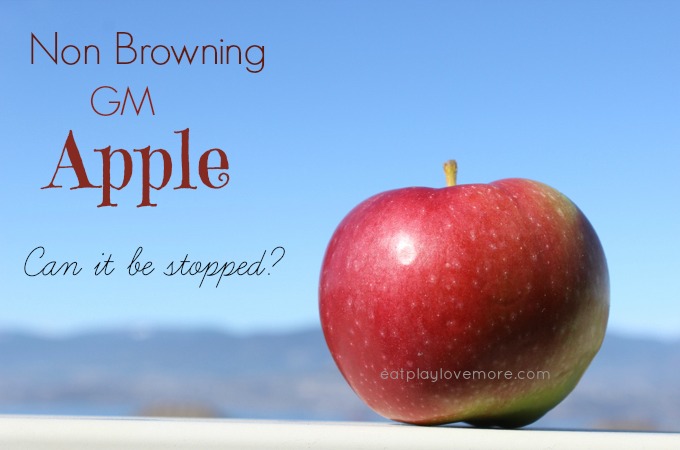 Have you ever dreamt of a non browning apple? Me neither.

Do you remember as a kid, your mom would pack you an apple in your lunch? By apple, I mean a whole apple. Something you’d have to bite into to really give your chompers a work out. I mean, that’s what teeth are for, right?

Nowadays we have fancy slicers that can cut an apple into perfectly sized slices while leaving the core behind. No judgements! I definitely have my most favorite apple slicer and it does 16 slices that perfectly fit into my kids’ lunch containers! By lunchtime however, their perfect apple has slightly browned. Cause for pain? I should think not! Apples, much like avocados, bananas and a slew of other produce, begin to oxidize the moment oxygen touches the “injured” (cut) part of the fruit.

Do you eat your apple a day?

How many apples a day do you eat? I can’t keep apples in stock at my place! A juicy, crunchy apple is the go-to snack for each of my boys. 4 boys x 2 apples a day x 7 days a week = A LOT OF APPLES! I really could use my own apple tree (or two)! 🙂

In 2013 each Canadian ate an average of almost 12 kg of apples yet, believe it or not, apple sales have been on the decline for the last decade. The Canadian market has experienced a 50% decline in exports in that same period of time. Washington state produces more apples than the rest of the US combined, yet domestic consumption remains flat (hey, my boys are sure doing their part to keep things afloat!). Have people fallen out of love with the simple, portable fruit?

Science to the rescue?

One of the theories being tossed around by those in the apple industry is that apple sales were declining because of their lack of asthetics when cut! HUH?

Okanagan Specialty Fruits Inc., a Canadian agricultural biotech company, created the non-browning apple (Gala and Granny) in an effort to “open up a whole new market for packaged and pre-prepared foods”.  In Libby speak, they scientifically altered the apple by turning off the browning genes. In science speak:

They added a gene sequence into the cultivar’s DNA that disrupts the function of the genes responsible for the browning process.

So, what’s the prob with a non-browning apple?

What can lil ‘ole me do to stop this GM apple?

Whether the GM Apple has been approved or not in your country, it is not on the market yet. There is still time to express your opinions and put a stop to the madness!

If you’re in Canada, you may still have time! :

Write to your grocery store! (Here is a list of Canadian Grocery Stores)

Give this Fact Sheet to your local MLA

Write to your provincial and federal Ministers of Agriculture

If you’re in the EU, great news! The EU is giving each member state the power to ban the cultivation of GM crops even if they have been approved by the EU food safety authority.

Australians can breathe easy as well as there are no plans to introduce or approve the GM apple in your country.